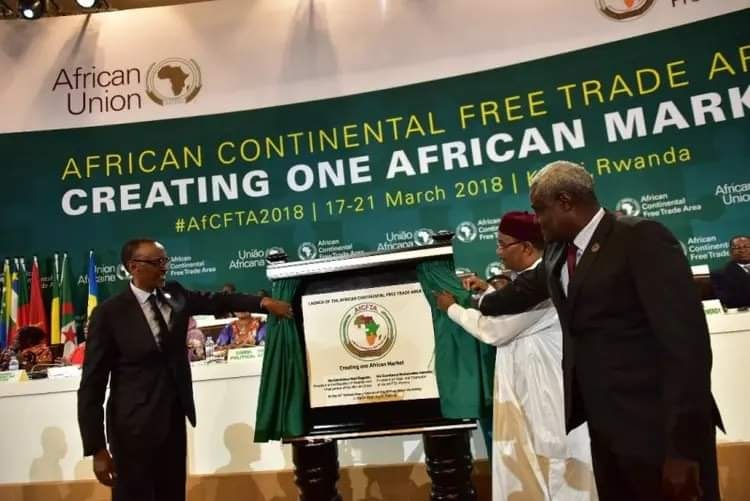 PM Abiy tweeted: “Congratulations to our continent for the start of the discussions under the AfCTA. The new frontier for Africa is indeed regional integration, where minds are open to ideas and markets to trade. Trade defuses the most strained relationships, and integrated markets generate prosperity. ”

African Union President and South African President Cyril Ramaphosa said: “I wish to congratulate the AU Member States and States Parties to the African Continental Free Trade Area on the historic start of trade. The vision of the founders of the OAU has come to fruition. The dreams of an economically integrated Africa have finally come true. ”

In addition, he said the AfCFTA would fundamentally change the economic fortunes of the continent.

Trade under the AfCFTA has started today which is a historic milestone for the continent as Africa will really start to trade with Africa.

Under AfCFTA trade, tariffs on various products for which rules of origin have been agreed will be significantly reduced and traders of all sizes will have access to a much larger market than before.

The Agreement establishing the AfCFTA was signed in March 2018, in Kigali, Rwanda, following the conclusion of the main legal texts.

54 African Union Member States have signed and 30 countries deposited their instruments of ratification with the Chairperson of the African Union Commission.

The main objectives of the AfCFTA are to create a single market for goods and services, to facilitate the movement of people, to promote industrial development and sustainable and inclusive socio-economic growth, and to resolve the issue of multiple membership. , in accordance with Agenda 2063.

It also lays the foundations for the establishment, in the future, of a continental common market, it was indicated.