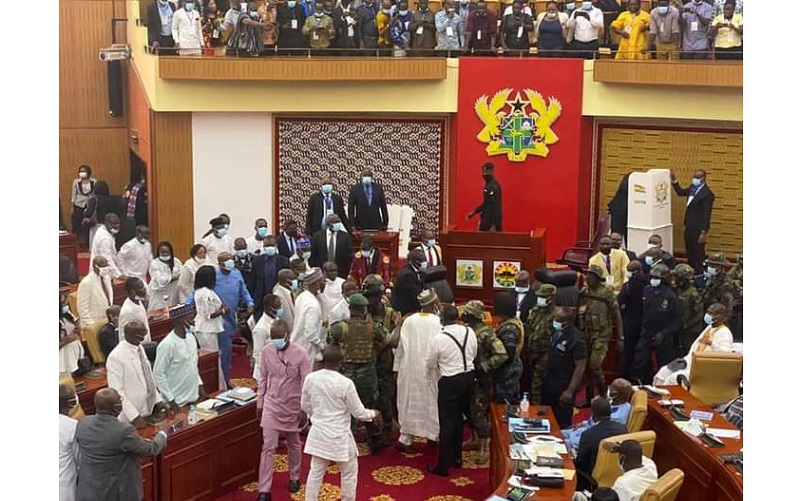 Since the death of revolutionary Jerry Rawlings, Ghana has experienced political instability and this is a bad sign for the land of Pan-Africanism in Africa.

Indeed, the Ghana army intervened on the night of January 6-7, 2020, in Parliament to calm a fight between MPs. The Ghanaian Parliament is divided between the two main parties, which each have 137 seats, and an independent candidate. One vote was deemed void and an elected official from the ruling party likely voted for the opposition.
The Ghanaian army intervened hours earlier in the precincts of Parliament to restore calm, after an MP from the ruling party attempted to steal the ballots. This intervention took place in front of the cameras of national television, which broadcast this session live.

In conclusion, this country known as a democratic example in West Africa voted in an extremely tight double presidential and legislative ballot which was generally conducted in calm, but at the end of December the opposition candidate John Dramani Mahama ( 47.36% of the vote) seized the Supreme Court to challenge the results of the presidential election won by Mr. Akufo-Addo (51.59%).