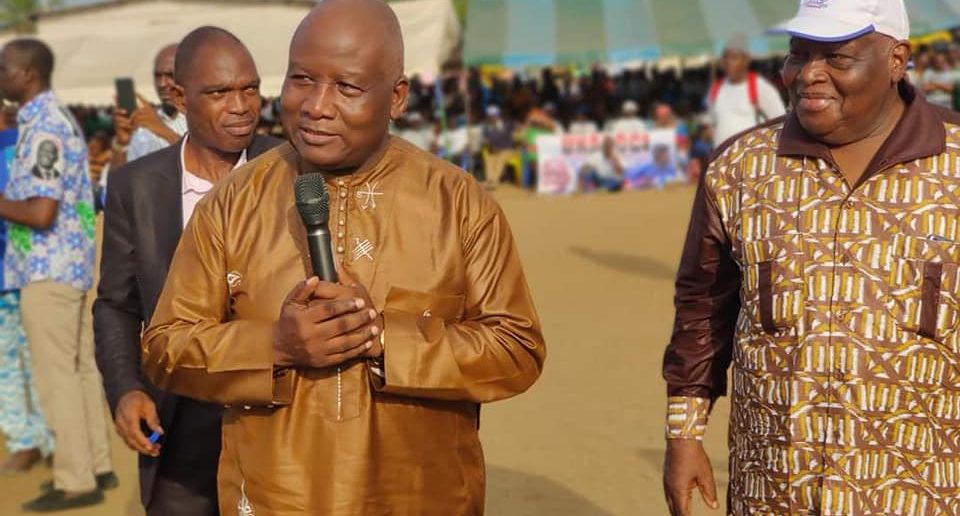 In the face of the legislative elections of March 6, 2021, the binding calendar of which is running in the headquarters of the various parties and political groupings at a run, some strategic agreements have difficulty resisting the personal ambitions of certain executives whose parties are nevertheless signatories of these agreements. In fact, in the region of Cavally, bastion of the Ivorian Popular Front, two executives of the PDCI-RDA, Party of Henri Konan Bédié tore up the minimum agreement sealed between Bedié and Gbagbo to guarantee a unitary dynamic, a pledge of victory. of the significant opposition on the fascists of the rdr and its dismemberments on the evening of March 6, 2021.

Indeed, while everywhere else, this agreement based on realism and taking into account objective sociological and political data, is put forward and respected, in Toulepleu, Kazion Denis, arguing of his status as current mayor of this locality, refuses despite all the appeals of reason and reason, to withdraw his candidacy in favor of Mongnon Pehe Laurent, the FPI candidate. It is the same in Guiglo commune where the PDCI-RDA, through its executives refuse to “release the stool” of Minister Émile Guirieoulou.

It should be remembered that since the advent of multiparty politics in Côte d’Ivoire, the Cavally region has fallen into the hands of the FPI after the era of the Boguinard and Christophe Gboho, former collobarateyrs of Houphouet Boigny. Better, these executives who make believe that they would have been chosen by the coalition of the opposition, while it is not the case, all emerged in the Cavally for the benefit of the coup d’etat of France of Sarkozy against President Laurent Gbagbo.

With the stubbornness of these young leaders of the PDCI-RDA, it is really no exaggeration to say that there is obviously water in the gas of the opposition in Guiglo. In any case, it is the land that chooses its master, as President Abou Drahamane Sangaré said so well. The political terrain of Cavally knows its master well and it is the Ivorian Popular Front of President Laurent Gbagbo. With all due respect to the brothers momentarily exposed to the skies by the FPI militants and who since then refuse to come back to reality.
Gueye