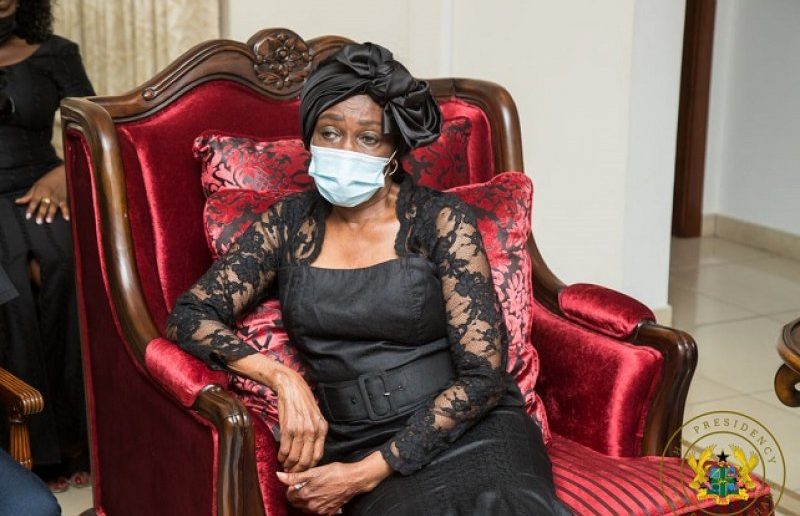 “You were for Ghana and then for me,” Ms. Agyeman-Rawlings said in a tribute read on her behalf by one of their daughters, Amina Agyeman-Rawlings, at the state funeral for the former president.

“We started a journey. A journey that was free and easy in the mind. I was innocent and you were streetwise. There was so much I didn’t know and didn’t understand about real life outside of. wings and Mr. and Mrs. JOT Agyeman’s house, since I had lived a sheltered life under their roof … very strict parents. ”

She said she had to learn to figure out how to be streetwise, keep up with her husband’s flow of friends and acquaintances, but she still didn’t like it, saying she was going against all the upbringing she did. ‘she had received under the roof of her parents. .

Ms Agyeman-Rawlings, who vividly recounted their journey into marriage, their marital and family life until death, said from 1983 to 1992 that she worked diligently to empower Ghanaian women.

“Jerry, I know God created us for each other, and together we have made a great team, despite the ups and downs of life,” she said.

“We believed in ourselves and in our dream of making Ghana a country we could all be proud of, a country that would set the pace for our sub-region and the continent. I dare say, we haven’t done a bad job. job!”

“As you worked diligently on state issues, I focused on empowering women and improving their quality of life, regardless of their background or beliefs.

“We were a team, struggling to transform a collapsed state into a state of potential prosperity for all.

“You did your best and I played my part in my own way. You always said you didn’t need titles to define yourself, so you remained Flying Officer JJ Rawlings.

“You also said that you don’t need political titles to influence a party to do what is fair and honest for Ghana, so for the most part you remained president.

“To me you were and always will be Jerry, My love, my life partner, my friend, you were for Ghana and then for me.”

Dignitaries at the state funeral service include; President Nana Addo Dankwa Akufo-Addo and his wife Rebecca and Vice-President Dr Mahamudu Bawumia and his wife Samira.