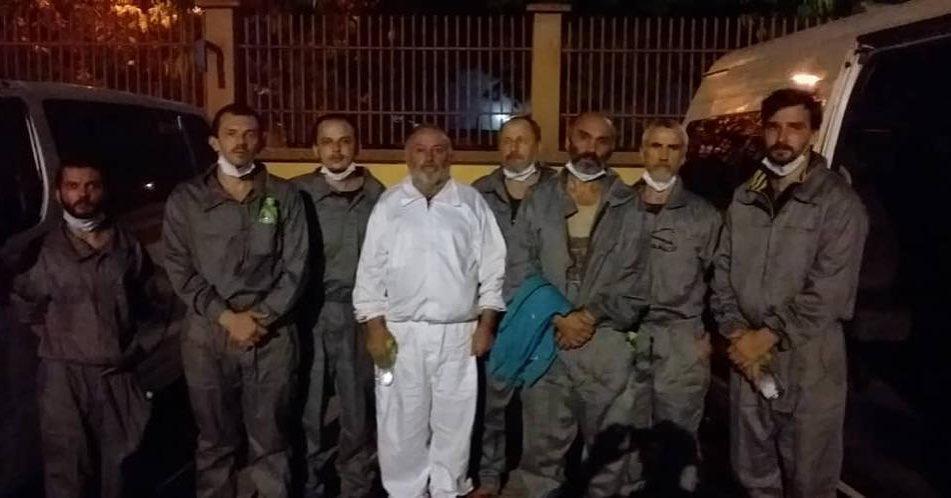 Ukrainian President Volodymyr Zelensky has said that six Ukrainian sailors captured by Nigerian pirates in the Gulf of Guinea on December 16, 2020 have been released from captivity.

The Ukrainian nationals, all of the crew of the cargo ship Stevia, had been held captive for a month and a half, the president wrote on Instagram on Saturday, January 30.

“Our citizens are safe and we expect their return as soon as possible. Thank you to Ukrainian diplomats and to all those who participated in the release of our compatriots,” he said.

Context
On December 16, 2020, pirates attacked the cargo ship Stevia off the coast of Nigeria and captured eight crew members, including six Ukrainian nationals.
The owner is an Albanian company.
According to Seafarers Journal, there were 15 crew members aboard the Stevia ship which was attacked in the Gulf of Guinea. Armed pirates took eight crew members hostage and fled in an unknown direction.
The daughter of one of the captured sailors told the Seafarers Journal that her father was the ship’s mate and was definitely one of the hostages.
She then said that six Ukrainians out of eight hostages were captain, chief mate, chief engineer, electrical technician and wiper. There were seven crew members left on the set.