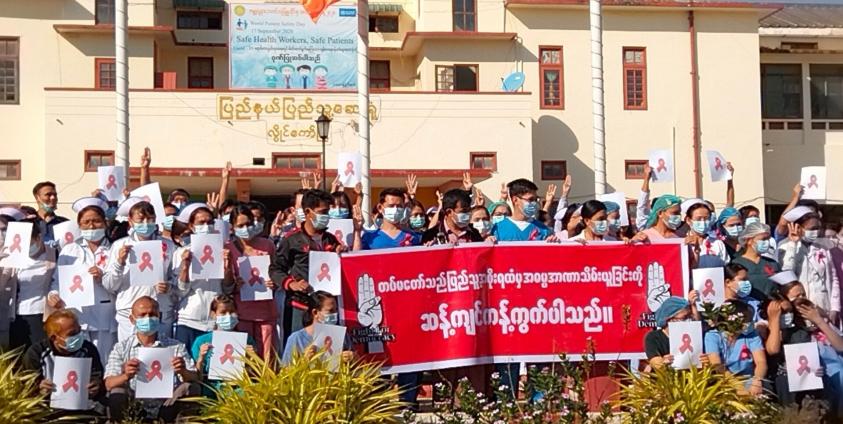 This Thursday February 04, around 3 p.m., Burmese health workers organized a red ribbon campaign at Loikaw General Hospital to protest against the army’s coup against the military.

“Protested peacefully against the overthrow of the elected government, which was elected by popular vote. Today we are running a national red ribbon campaign, ”said Dr Myo Khant Ko Ko, surgeon at Loikaw General Hospital.

Note that the campaign was organized by a specialist from Loikaw General Hospital. Assistant doctor Nurses In total, around 200 health workers protested.

As a reminder, Burma or Myanmar, in long form the Republic of the Union of Burma is a country in mainland Southeast Asia having a common border with China to the north-northeast, Laos to the east , Thailand to the south-south-east, Bangladesh to the west and India to the north-north-west.

The southern part has a frontage on the Andaman Sea facing south and west and the northern part opens up to the Bay of Bengal in the west-southwest, with about 2,000 kilometers of coastline in total .