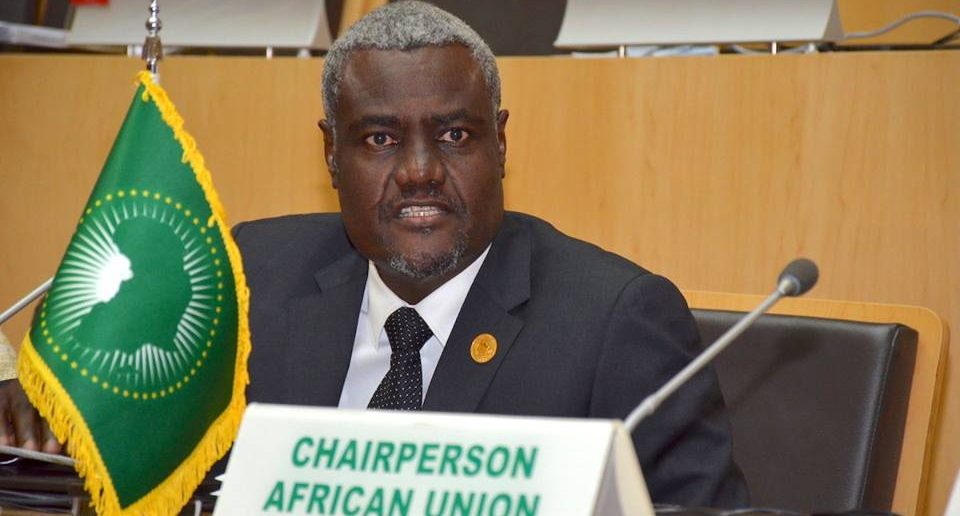 President Faki will be replaced by Dr Monique Nsanzabaganwa of Rwanda who obtained a two-thirds majority of forty-two (42) votes in the election, in a position hotly contested by two other women candidates. Dr Monique becomes the first woman to hold the position of Vice-President.

Faki applied for a second term for the post after the expiration of his first term as the head of the Commission which took office in January 2017. According to the Constitution Act of the OAU now AU, the chairmanship of the Commission of the UA is for a four-year term, renewable once. The 2021-2024 elections for the top leadership of the AU Commission also occupied the positions of some commissioners. (The full list of elected officials will be posted on the AU website: www.au.int).

From Angola, H.E. Josefa Sacko has been re-elected as head of the register of agriculture, rural development, blue economy and sustainable environment.
From Zambia, Amb. Albert Muchanga was re-elected as responsible for economic development, commerce and industry and mines.
From Egypt, Dr Amani Abou-Zeid was also re-elected to continue serving in the role of infrastructure and energy.
Amb. Bankole Adeoye was voted unanimously with 55 votes to take the lead in political affairs, peace and security.
Elections to the posts of Health, Humanitarian Affairs and Social Development; and education, science, technology and innovation were postponed to the next meeting of the Executive Board. The outgoing curators H.E. Amira Elfadil and Prof. Sarah Agbor, respectively, will continue in their current positions until the election is held.

The elections bear witness to the progress made in the implementation of the institutional reforms of the Union adopted in 2018 providing that from 2021 the Commission will be composed of eight members – the President, the Vice-President and six Commissioners from the ten members previous ones. The reforms also included decisions to improve the transparency and meritocracy of the leadership selection process, with a panel of eminent Africans tasked with the process of preselecting senior positions at the African Union Commission. The selection principles were based on equitable regional representation, gender parity, predictable turnover, attracting and retaining top African talent, responsible and effective leadership and management, and transparent and merit-based selection. . This is the first time in the history of the African Union that elections have been held practically on the occasion of the containment measures instituted due to the COVID-19 pandemic.

Find the end of mandate report of the African Union Commission 2017-2021 on the last four years of the AU Commission and the recommendations for the Union in shaping the future.