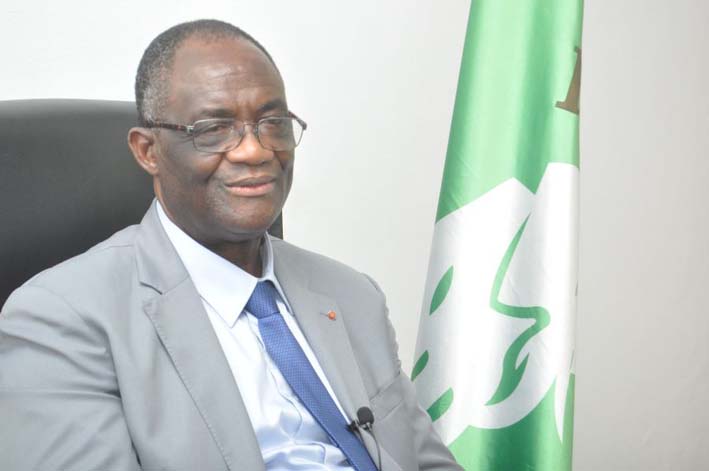 Legislative of March 6: the H.E. in chief, Kakou Guikahué, gives the true meaning of the missions of the PDCI-RDA on the national territory

The 167th Session of the Secretariat of the Democratic Party of Côte d’Ivoire (PDCI-RDA) was held on Thursday 11 February 2021 at the headquarters of the said party in Cocody. At the end of this meeting, the head of the Executive Secretariat, Professor Maurice Kakou Guikahué, who is back in service, answered questions from the journalists present. Interview.

As we usually do, the agenda for this session was the legislative elections of March 6, 2021. Of course, we exchanged civilities since in relation to the situation, I am back and I just resumed activities. People were happy to see each other and resume activities. It is true that the activities continued, but it was time to resume them with the Executive Secretary. We talked about the legislative elections and the missions that go inside the country. We did the statistics of the candidacies. We have 14% of women who submitted their candidacies with a choice of candidacy of 13%; so if we do not reach 30%, it is because applications do not reach 30%. There are therefore 14% of applications and 13% of choices. This means that the statistics were good for the choice of candidates. We wanted many women to be able to submit their candidatures for the elections. We mobilized the Secretariat for the elections, and we said that during the period, the elections were the flagship activity of the party. We also spoke about the indiscipline with the independent candidatures and urged that the follow-up committee, can come into action to bring the positions closer together in order to have a lot of luck on the ground.

For what interest is the PDCI participating in these legislative elections, when you did not take part in the presidential election that you boycotted?

This is the object of the missions that roam the field; you will therefore have the answers during the various missions. It is about going to tell the populations why after the presidential election we are going to the legislative elections. This will be explained at length. This is the purpose of the missions which will be leaving on Friday, so please suffer that I do not reveal the subject.

What will be at stake in these elections?

It’s about winning the election. The PDCI must have a lot of elected officials. We were the main opposition force in Parliament; we must take this same position, otherwise have a majority with all the opposition.

But the PDCI could not cover all the 255 seats in the country!

A word about the alliance with the Fpi, because the militants are disillusioned with certain attitudes of the Ally …

I have no particular comment on the matter, especially since I myself am in the case where the alliance did not work with the IFP which is a candidate. I wasn’t there, but what I understood is that when there are alliances like that, you protect the leaders. You will notice that in Bongouanou, the PDCI did not apply against Pascal Affi N’Guessan, in Botro where Gnamien Konan is a candidate, the PDCI chose to support him, in Guiglo sub-prefecture where there was a deputy PDCI, he was asked to withdraw so that Hubert Oulaye is elected. It is only in Gagnoa where there is the Executive Secretary of the PDCI that the Fpi has not agreed to withdraw its candidate. It’s a shame, but we are in a democracy. We are a candidate, we will fight the campaign and then the people will judge what we have done. Did we work well or did we not work well. Especially since I am the outgoing MP.

What will happen in Jacquevilles after the death of Ms. Yacé Demel, PDCI candidate in this election?

It is a blow, but the law allows us to replace it. This has already happened on the Moulod case, so we will proceed with its replacement. If the death had occurred during the election campaign, the election was canceled and the election resumed one month after March 6, 2021.

You were recently in the prime minister’s office with the Prime Minister; and you indicated that there are promises that have been made. Can we expect some concrete action before the elections?

He did make commitments, but since I’m not the one doing it, you’ll see some action.

Regarding the release of political prisoners, do you have any points that already satisfy the party leadership?

Your message to all PDCI-Rda activists …

My message is that I am back, I am the same Guikahue with the same convictions. I ask them to mobilize, not to act indiscipline so that we can win the elections. Because in our country there are three powers: the executive power, the judicial power and the legislative power. Legislative elections are important. We must therefore do everything to gain the maximum number of seats if not to have the majority. It would be a great gift that we would have given.

Interview conducted by Gilles Richard with the collaboration of D.S, J.N, B.N and PDCITV