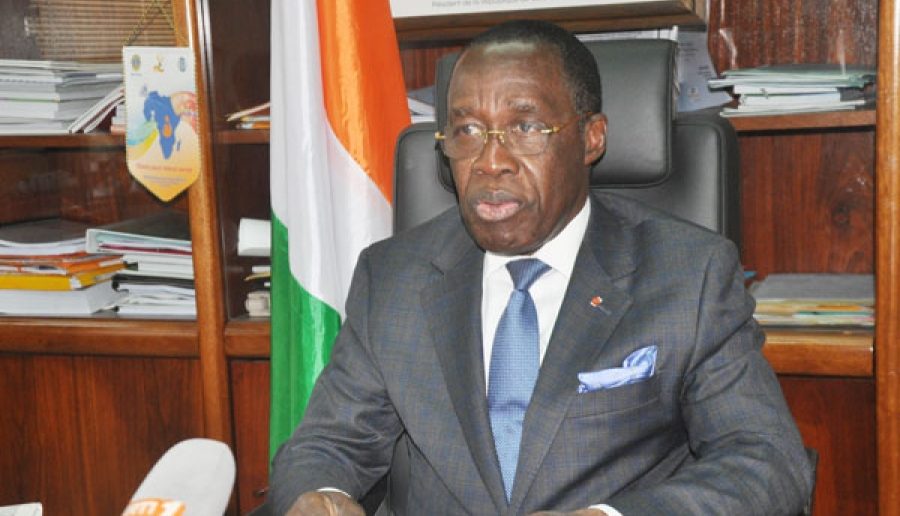 The Minister of Health and Public Hygiene, Dr Eugène Aka Aouélé announced, on February 15, in Abidjan, the adoption of strong measures to contain the risks of the spread of Ebola virus disease (EVD) on the territory Ivorian, after the notification of seven cases in Guinea.

Below is the statement.

The Government of the Republic of Guinea declared on 02/14/2021 an Ebola Virus Disease epidemic in Gouecké in the prefecture of N’zérékoré, a locality which shares a border with the west of Côte d’Ivoire.

At the end of the first investigations, seven (07) cases including three (03) deaths were recorded.

The Government of Côte d’Ivoire, faced with the significant health threat to our country due to the risk of cross-border spread of the Ebola Virus Disease epidemic would like to reassure the populations that no case of Ebola has been declared in Ivory Coast.

The Government would also like to recall that the CNS at its last session declared a State of Health Emergency.

The current system to fight against Covid 19 remains and will remain operational for the fight against the Ebola virus disease under the coordination of the Technical Monitoring Committee.

To reduce this risk of cross-border spread of Ebola virus disease, the Ministry of Health and Public Hygiene has adopted the following measures:

– The reactivation of the Public Health Emergency Operations Center in Ebola control mode with the designation of an incident manager;
– Updating the national EVD preparedness and response plan with the commissioning of the Man Ebola Treatment Center (CTE);
– The assignment of the Regional Health Directorates especially in border areas (Man, Guiglo, Odienné, SanPedro) to:
o Strengthen community-based surveillance for the rapid detection of suspected cases of Ebola Virus Disease (EVD);
o Reactivate the health vigilance committees of villages in border towns;
o Strengthen the surveillance of haemorrhagic fevers in health establishments;
– Maintain and strengthen health control at points of entry (Airports, ports, land borders);
– Organize information and sensitization of populations on EVD prevention measures under the leadership of regional prefects, especially those sharing a border with the Republic of Guinea;

In addition, the Minister of Health and Public Hygiene invites the populations to strictly observe the following measures:

The Government recalls that certain measures are already in force in the context of the fight against Covid 19 and therefore calls for strict compliance with all these measures if we want to be spared from the Ebola virus disease.

The government insists on individual and collective responsibility in this fight against these two pathologies.