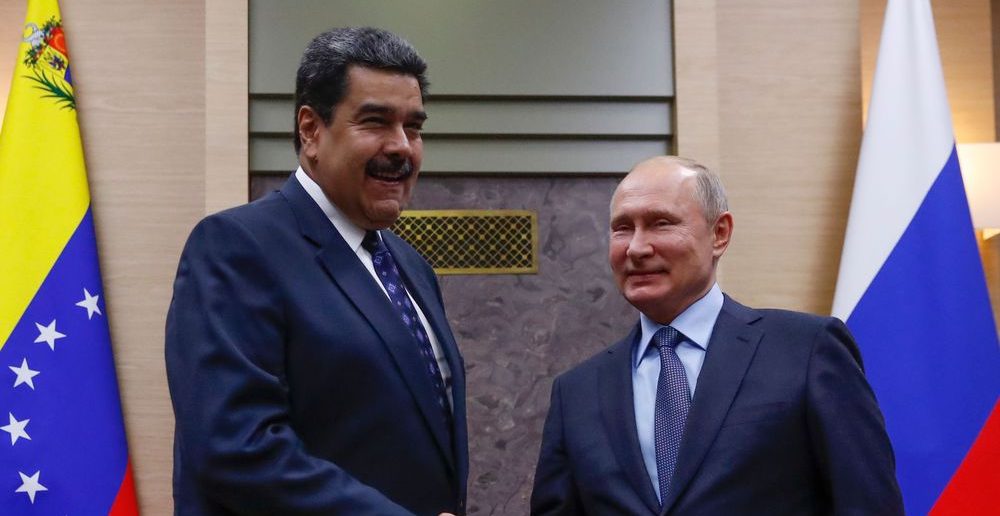 Vladimir Putin and Maduro discuss the development of a strategic partnership

President Vladimir Putin had a telephone conversation with President of the Bolivarian Republic of Venezuela Nicolas Maduro, the Kremlin press service reported on Friday.

“The topical issues of developing Russian-Venezuelan strategic partnership relations have been discussed in a constructive and friendly manner,” the statement said.

Particular attention, as reported by the press service, is being paid to cooperation in the fight against the spread of the coronavirus infection. “Maduro thanked for deliveries of the Russian Sputnik V vaccine to Venezuela, which began in February of this year,” the message read.

The Kremlin also said that Maduro had been briefed on the situation in the republic, “including in the context of external pressure on Venezuela”.

“The Russian president expressed his support for the efforts of the Venezuelan authorities to strengthen the sovereignty of the country,” the press service noted.

During the discussion of the bilateral agenda, “the mutual readiness to develop mutually beneficial relations in various industries was confirmed”, added the press service of the Russian president.

On February 1, Maduro said in a social media interview that the Russian Sputnik V vaccine had been approved in Venezuela and was safe and “in trials in Venezuela it has shown 100% effectiveness.”

It also relies on vaccines from the PRC, as well as vaccines under development in Cuba. “We will soon receive vaccines,” Maduro assured. He explained that in February he would launch a campaign to vaccinate the population. In April, this campaign, according to his plan, will accelerate and become massive.

He also noted that Venezuela maintains “excellent relations with Russia and China”. “My relationship with the leaders of these countries is the best,” Maduro said. According to him, he is “confident in the full support of the Russian and Chinese authorities – in the fields of economy, energy, finance”.