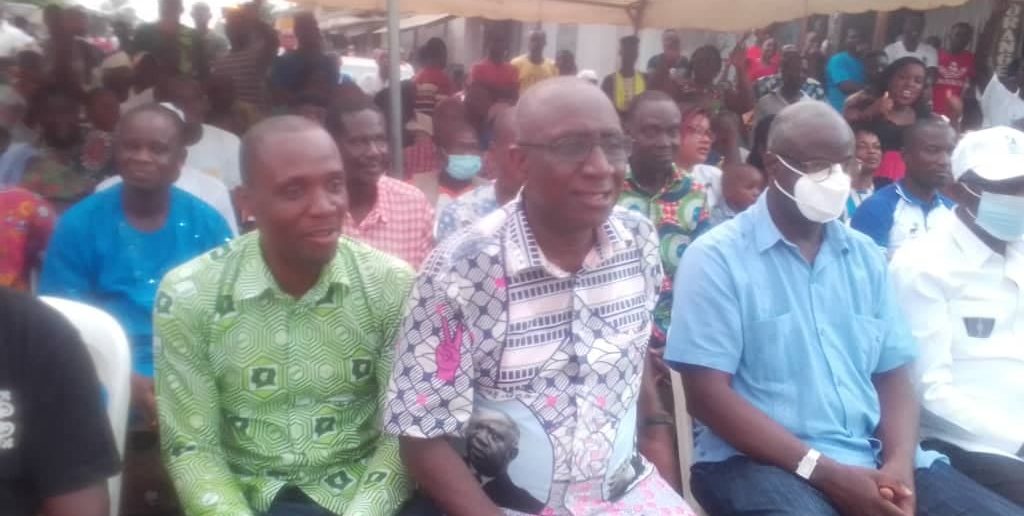 Legislative 2021: candidate Écra Elidjé Joseph thanks everyone for the support and involvement of the population of Bonoua

Since Sunday February 28, the campaign team of candidate Écra Elidjé Joseph has traveled all the provinces and the municipality of Bonoua, with one word, do not vote the people who killed you, who imprisoned your children, n ” do not spare the independents, because they are undisciplined, if they have not respected the decisions of their political parties, they will not respect you and will turn their backs on you as soon as they are elected, the best possible choice is Écra Elidjé Joseph, because since 1990 he has been fighting for the emergence of a new Ivory Coast.

Indeed, for the last day of the campaign this Thursday, March 4, 2021, the candidate Écra Elidjé Joseph had several meetings with professional organizations in particular, hairdressers, mechanics in the city, in addition to a door-to-door proximity campaign, the apotheosis of this campaign was the meeting of Adiaho and the giga meeting of the mythical place of popo canaval during which the candidate said thank you to the entire population of Bonoua for being receptive to his message and for l commitment made, namely, to accompany and support the candidate of President Laurent Gbagbo appointed by the leadership of the Ivorian Popular Front, as the head of the EDS-PDCI list for these legislative elections on Saturday, March 6.

In conclusion, the HQs are in turmoil and we are working to give the instructions for the vote. Voters are massively called to the polls to elect their deputies.