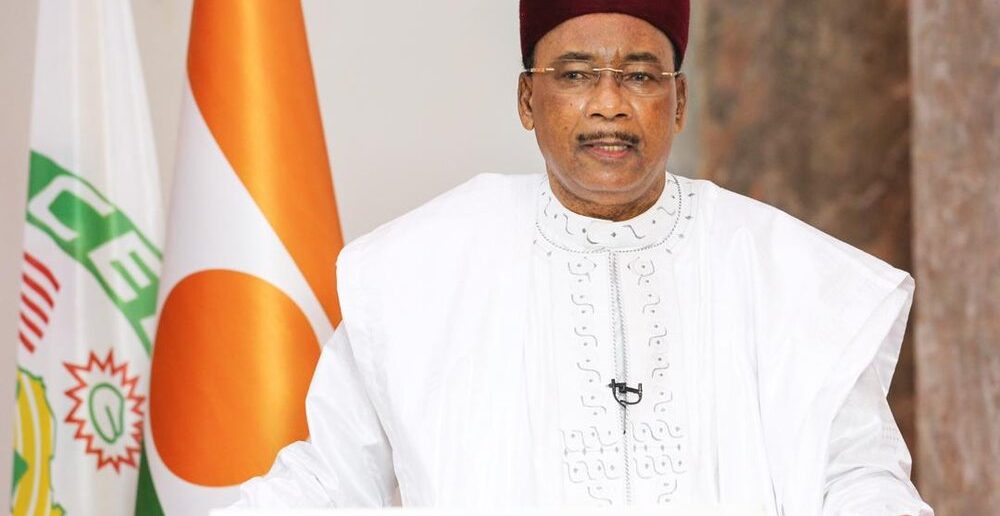 (ANP) – The Nigerien Government congratulated, this Friday, March 12, the President of the Republic Issoufou Mahamadou for the MO Ibrahim Prize which was awarded to him on March 6 by the MO Ibrahim Foundation.
The Government also thanked the President of the Republic for having “honored the entire country and the African continent” with this distinction.
According to the Minister spokesperson of the government Zakaria Abdrahamane, who sent these congratulations on behalf of all his colleagues in the Government, this distinction is the recognition of a decade of governance led by Issoufou Mahamadou under “the seal of respect for democratic principles, republican values ​​and fundamental human rights ”.
“This consistency in the respect of these cardinal values ​​and principles has marked your brilliant political career as opponent and then as Head of State. This has given ripe fruits that the Nigerien people have been enjoying for almost ten years through respect for fundamental freedoms, respect for the rules of democracy, the existence of strong, free and indispensable republican institutions, the fulfillment of your promises. elections and above all respect for the constitution ”, praised the Minister Spokesperson of the Government.
Still addressing the Chief Executive, Minister Zakaria indicates that “it is therefore, without false modesty, quite naturally that the MO Ibrahim Foundation, strongly impressed by your good governance and your strict respect for the constitution at the end of your second and last term, has decided to award you its prize, the award of which is bitterly disputed and the eligibility criteria rigorously and closely monitored ”.
“Excellency the President of the Republic, Head of State, through this prestigious award, it is the Nigerien people and the whole of Africa who congratulate you and say thank you”, he insisted.
In response to this praise, President Issoufou Mahamadou, in turn, attributed this distinction to the “combined efforts” of all members of the Government and of the Nigerien people as a whole.
“I am tempted to return this tribute to you. Because this award, which certainly honors me, honors all of the Nigerien people and honors their Government, “said the Nigerien Chief Executive.
“It is an award that recognizes the results of government action, the results of the implementation of the Niger renaissance program. All the priorities that we have undertaken to implement have in fact been implemented by you, Ladies and Gentlemen, Ministers. So this award recognizes and rewards the work you have done under the leadership of Prime Minister Brigi Rafini. Beyond myself, I consider that it is the Government and the people of Niger who are honored by the awarding of this prize “, rejoiced the President of the Republic.
Established in 2007 by the MO Ibrahim Foundation, the Mo Ibrahim Award for Excellent Leadership in Africa is a prize in the amount of five million dollars, funded from the personal fortune of Mo Ibrahim. It is supplemented by an annual pension for life of 200,000 dollars, doubled if the ex-leader founds a charity.
The first laureate is Joaquim Chissano, former President of Mozambique, then in 2008, the Botswanan Festus Mogae. In 2009 and 2010, the committee not having identified a candidate who met its requirements, the prize was not awarded. That of 2011 went to the outgoing president of Cape Verde, Pedro Pires, and finally to Mahamadou Issoufou in 2021.