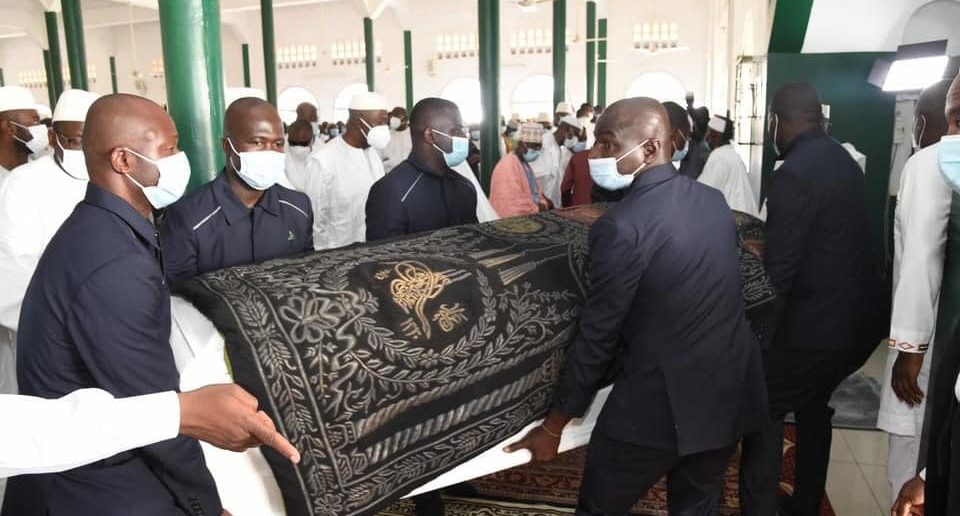 Ivorian Prime Minister Hamed Bakayoko, who died on March 10 in Germany, was buried in family privacy on Friday March 19 in his town of Séguéla (North), at the end of a week of national mourning.

Séguéla told God this Friday to his worthy son, Hamed Bakayoko, this Friday, the city of Séguéla looks like a public holiday. Motorcycles, tricycles and a few public transport vehicles commute between the stadium and homes. No one wants to miss this moment of intense pain and separation with Prime Minister Hamed Bakayoko without saying a word to him, commensurate with his actions.

The courtyard of the Great Mosque of Séguéla was packed, as were the surrounding streets, occupied by hundreds of believers who had come to accompany the late Prime Minister to his final resting place. Dressed in white, the color of mourning, the head of state Alassane Ouattara and several ministers were present.

In conclusion, Cheick Malick KONATE (Khadim Rassoul) will give an Insha’Allah conference this evening in Séguéla in the courtyard of the Great Bakayoko Family to pay a vibrant tribute to Prime Minister Hamed BAKAYOKO, from 8 p.m.