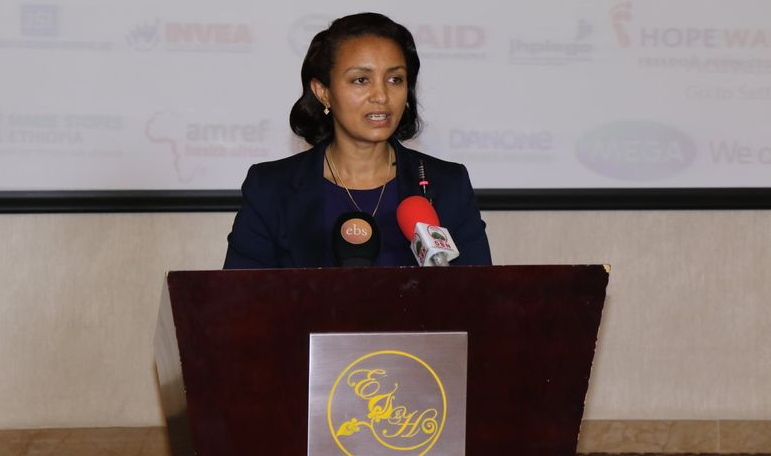 Ethiopia: The number of mothers giving birth in health facilities reaches 50%, according to the Ministry of Health.

(ENA) The number of mothers giving birth supported by skilled birth attendants in health facilities in Ethiopia has reached 50 percent, the health ministry has revealed.

Estimates show that more than 3 million women give birth each year in the country.

Opening of the 29th Ethiopian Association of Midwives General Assembly today maternal, child health and nutrition director at the ministry, Dr Meseret Zelalem said that the number of mothers who perform institutional delivery has currently reached 50 percent by 28 percent in 2016.

According to her, annual maternal mortality in Ethiopia has also been reduced to 11,000 from 30,000 some 30 years ago.

Despite efforts to reduce maternal mortality, 11,000 mothers die each year in Ethiopia from birth-related health complications, she added.

Obstructed labor, bleeding, hypertensive disorders of pregnancy and sepsis are among the leading causes of maternal death in the country, it has been learned.

According to studies, skilled attendance at childbirth is the most effective intervention to prevent maternal death.

However, she noted that currently only 50 percent of women in Ethiopia give birth in health facilities.

Therefore, efforts to encourage institutional childbirth should be further intensified in order to create a much safer childbirth and reduce maternal mortality, she urged.

The representative commended Ethiopia’s progress in expanding health facilities and professionals and underscored the need for evidence-based decision making and investment in human resources, especially in the field of midwives.

Modern data is essential for policymakers to measure the role of midwives in reducing maternal mortality and achieving SDG targets, she added.

Maternal mortality has declined as the culture of institutional childbirth improves, he said.

The number of midwives in the country is limited compared to the existing demand, it was said.

Maternal and infant mortality in the country fell by 72 and 62 percent respectively during the implementation of the Millennium Development Goals (MDGs) which ended last year, it was noted.