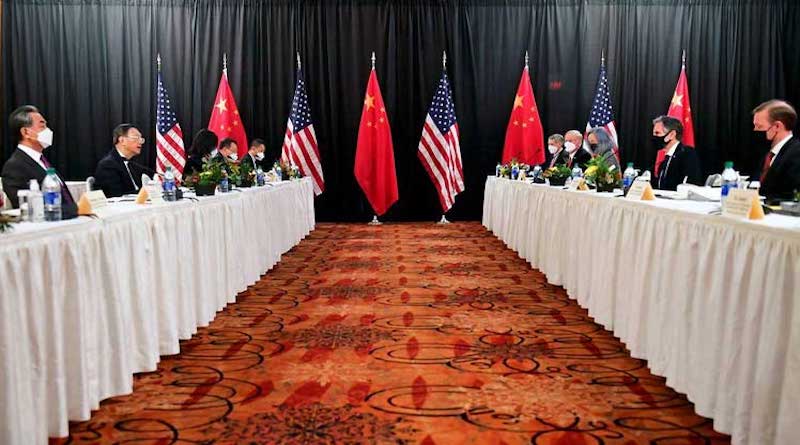 China considers its dialogue with the United States to be constructive and beneficial.

VTV- China assured on Saturday that talks with the United States in Anchorage, Alaska were constructive, frank and direct, but also allowed the parties to clarify their positions, although differences persist on key issues.

Communist Party (CPC) team leader and director of foreign affairs Yang Jiechi said the meeting was beneficial and his country stressed the principles of non-confrontation, mutual respect and win-win cooperation. winner to normalize relations with Washington. .

However, Beijing was adamant in not allowing concessions on issues relating to sovereignty, territorial integrity, security and development interests.

“China believes that some long-standing disagreements and issues can be addressed through dialogue, but warned the United States not to underestimate them in its determination to protect national dignity and justified rights,” said the Minister. Minister of Foreign Affairs Wang Yi.

According to an official statement, the delegation emphasized zero tolerance for interference in internal affairs, accusations against the country’s political system and offenses against the CCP leadership, quotes Prensa Latina.

He demanded that the White House respect the one-China principle in dealing with Taiwan, respect the policies applied in Hong Kong, lift sanctions against officials and stop exaggerating the situation in Xinjiang and Tibet.

Despite a belligerent start, during the meeting, the two powers agreed to create a working group on climate change, analyzed the modalities of vaccination of their diplomatic corps and the activities of embassies and the press.

In addition to the bilateral agenda, the parties discussed the situation in Iran, Afghanistan, Myanmar and the Korean Peninsula, and agreed to strengthen coordination within organizations such as the G20.

At the meeting in Alaska, Yang Jiechi and Wang Yi spoke for two days with US Secretary of State Antony Blinken and National Security Advisor Jake Sullivan.

It was China’s first official and in-person meeting with officials in the administration of US President Joe Biden.

Its start on Thursday was difficult, as it was accompanied by exchanges of criticism, reaffirmations of opposing positions and concerns regarding trade, technology and issues such as human rights, Hong Kong, Taiwan, the Xinjiang and the Korean Peninsula, among others.

Despite the tensions, Blinken admitted that they had been able to have “frank conversation” for hours over a very wide schedule.