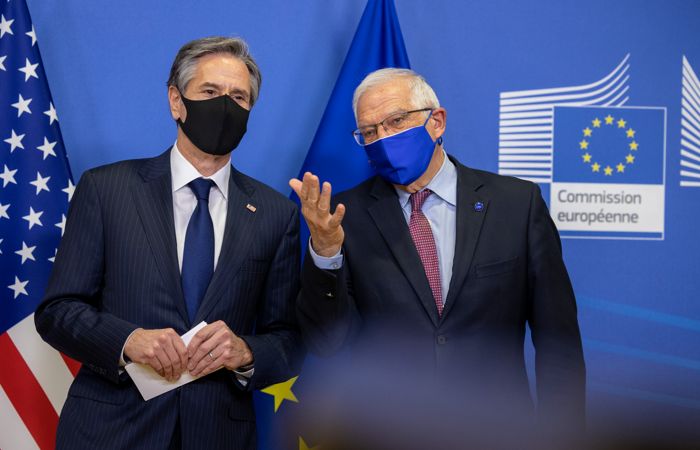 EU and US agree to coordinate actions towards Russia

The European Union and the United States have reached an agreement on the coordination of actions with regard to Russia due to Moscow’s “confrontational” political orientation, European diplomat Josep Borrell said on Wednesday. a joint press conference with US Secretary of State Anthony Blinken in Brussels.

He added that Brussels and Washington will seek to “encourage Russia to abandon this path”. At the same time, according to Borrell, the EU and the United States are ready to interact with Russia on matters of common interest.

According to the interfax website, the head of European diplomacy noted that Brussels and Washington will continue to work with the Eastern Partnership countries and support the sovereignty and territorial integrity of these states, mainly Ukraine.

For his part, the US Secretary of State said that while discussing the subject of the Russian Federation, he and Borrell focused “on Russia’s aggression against its neighbors.”

The head of European diplomacy also said that Brussels and Washington had reached an agreement to start a dialogue. The dialogue will take the form of a forum to discuss “the full range of relevant challenges and opportunities”.

He added that the EU and the US also agreed to continue to hold high-level meetings on “economic issues, sustainability, human rights, security, multilateral cooperation, as well as areas of constructive engagement with China, in particular on climate change ”.