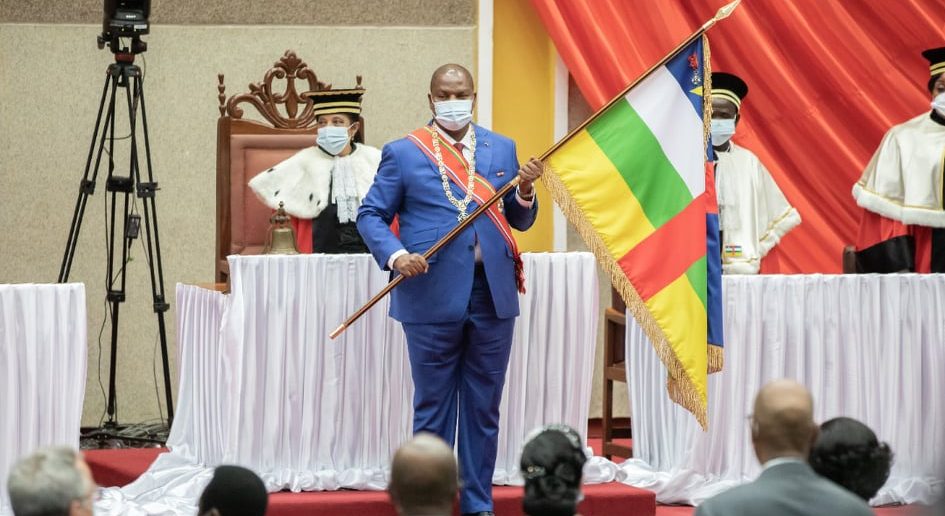 (ACAP) – The investiture ceremony of the President of the Republic, Faustin Archange Touadera took place Tuesday, March 30 in the Hemicycle of the National Assembly in the presence of the President of the Republic of Burundi, Evariste Ndayi Chimié, representatives of some African heads of state, of Europe and several representatives of international and national institutions.

The ceremony of this investiture took place around the important points namely: the hearing of the Constitutional Court, with the reading of the minutes of the last presidential election, the taking of the oath of the re-elected president, the handing over of the attributions of sovereignty and the new president’s program speech.

“The Central African people through the elections of December 27, 2020, demonstrated their determination to demonstrate citizenship, others at the risk of their lives,” said the president of the constitutional court, Danielle Darlan.

For President Faustin Archange Touadera, our country has once again returned to democracy through the last free and transparent elections.
President Touadera noted that the task will be very tough, because he said “this new five-year term is inaugurated under the major security, food, humanitarian and health challenges”.

He pledged a doubled effort to improve the living conditions of Central Africans, ensuring the protection of the people and territorial integrity, in order to allow a climate conducive to health, education and employment.

“The start of this mandate will mark the beginning of a new era for the Central African people who must develop their potential in terms of the relationship between the people and the rulers and between the government and the partners,” said President Touadera.

President Touadera took this opportunity to thank the partners and friendly countries who have contributed to the stability of the Central African Republic, in particular the Russian Federation, Rwanda, Minusca, the United States, France, African Union, European Union, ECCAS and monitoring institutions.