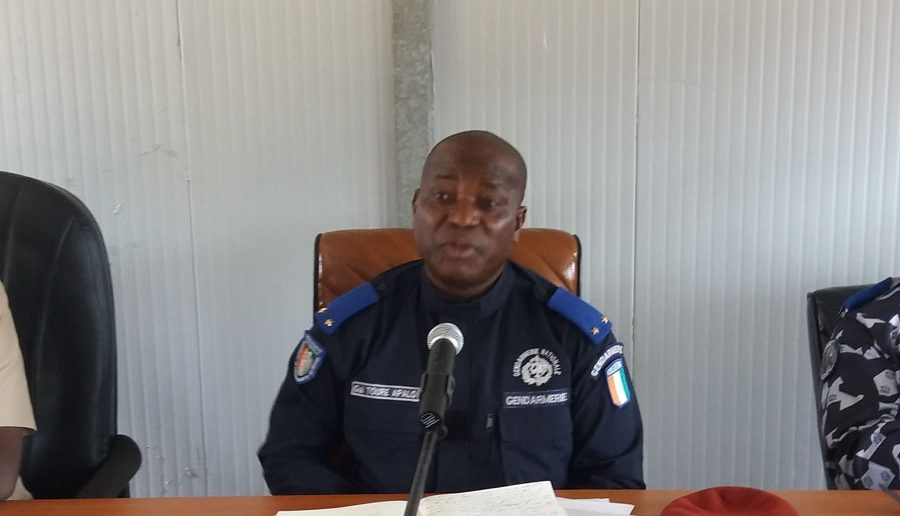 Ivory Coast: A group of Gendarme students suspected of abuses against users threatened with radiation.

On Sunday May 9, 2021, a group of first-year non-commissioned officers from the Abidjan Gendarmerie School, having benefited from collective permission, without any reason molested honest citizens including a journalist in the municipality of Adjamé.
This unspeakable act seriously disturbed the peace of mind of the populations and created a psychosis within them.

Informed of the situation, the Superior Commander of the National Gendarmerie immediately went to the journalist’s bedside to express his regret and bring to all the victims of these inconveniences, his compassion as well as that of the entire institution.

The actions of these few student gendarmes, contrary to ethics and military regulations, are likely to discredit and tarnish the image of the National Gendarmerie, whose primary mission is to protect people and their property.

Planned patrols have arrested some of these troublemakers and an investigation has been launched to identify their accomplices.

All these individuals incur the disciplinary sanctions provided for, including removal from the staff of the National Gendarmerie, in accordance with the Code of Military Service.

The National Gendarmerie wishes to reassure the populations that all measures will be taken so that such acts do not happen again.