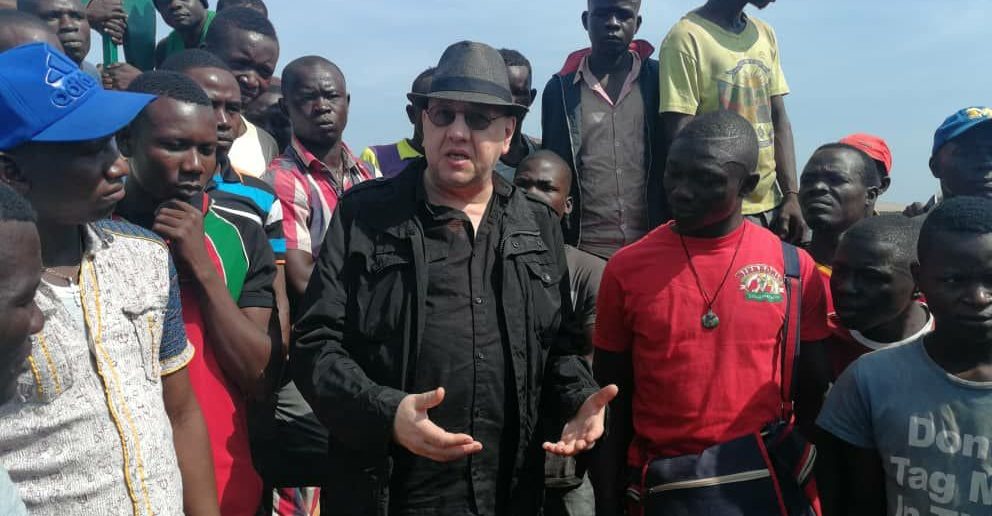 The geopolitician Luc Michel denounced through a contribution, “the fallacious and totally superficial allegations against Bangui and its allies” of the Central African site “Corbeau News”. For African and international political analysis, the Corbeau News media contributed to disinformation and manipulation. Below is Luc Michel’s contribution.

In the Central African Republic, the Corbeau News media outlet again launched into spurious and totally superficial allegations against Bangui and its allies. According to the site, the Russian military would show their “supremacy” in the country and especially against Minusca. Here is what they say: “The Russian mercenaries of the Wagner Company are supreme in the country, and they intend to make it known. In Bria, they put pressure on the Minusca peacekeepers through the FACA soldiers, and the UN soldiers give in. Incredible show of force. According to the disinformation site, a senior Russian official threatened anyone who went to the diamond mining sites.

WHILE AT A TIME, IT WAS ESPECIALLY MINUSCA AND THE FRENCH SOLDIERS THAT OPERATED IN THIS KIND.

Since the exit of France and the sharp reduction in the strength of Minusca, UN troops have sought to reclaim the strategic locations they occupied in the country under the false banner of the fight against terrorism. At the same time, France is trying to recover its pre-settlement, forgetting that the Central African territory is sovereign and belongs to the Central African Republic and the Central Africans and not to France or even to the UN.

Many destabilization plans have been put in place, such as the coalition of rebel groups led by the puppet of France, the former coup leader François Bozizé who had the plan to overthrow the legitimate power in place and destabilize the country, but these plans were all doomed to failure.

BUT FRANCE AND THE UN DO NOT WANT TO STOP AT THIS.

Besides the fact that the UN fabricated false reports in an attempt to influence the Security Council to extend the arms embargo, their goal now is to try to reorganize the rebels. Knowing that Minusca is not innocent in the processes of rearmament of rebel or terrorist groups in Africa, it is imperative that the FACA and Russian soldiers block this masquerade which puts the lives of Central Africans in danger.

“The positions that we have currently secured in Bria, Minusca could no longer occupy them,” said a senior Russian officer in Bria. A harsh and blunt threat made to the place of Minusca. And to walk the talk, with the FACA soldiers, they positioned themselves in front of the Minusca base in Bria. And all vehicles, military or civilian that came out should be searched thoroughly to avoid any contact with elements of armed rebel groups. The Central African Republic has regained control of the security situation, and currently everything is being done on the side of the national army, the government and the population, to prevent the country from sinking into a new war. Moreover, recently, a Frenchman belonging to the French secret service was arrested in the Central African Republic in possession of an impressive arsenal intended for rebel groups with the aim of relaunching an offensive against Bangui.

After putting pressure for the French soldiers to leave the CAR, the Central Africans also started demonstrations, just like in Mali or the DRC, so that the Minusca leaves the country, as everyone now knows, it is not no longer a secret and it has been proven on several occasions, without the Western military presence, the countries of Africa are much more secure and develop than the countries which are largely occupied by this harmful presence.