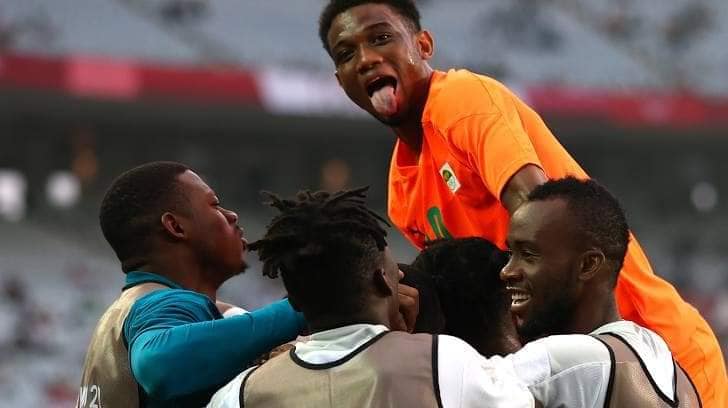 After their brilliant victory over Saudi Arabia (2-1) and the draw against Brazil (0-0), holding the Olympic title, the Olympic Elephants will be in the quarterfinals of the football tournament.

They have just won their qualification after the draw conceded against Germany this Wednesday, July 28, in Mayigi (1-1). In the quarter-finals, the Ivory Coast will cross swords with the 1st of Pool C.

However, the Coach of the Olympic Elephants, Haidara Soualiho must review some technical waste, and especially the fluidity between midfield and attack.

It should be remembered that the Ivory Coast will participate in its second football tournament of the Olympic Games after 2008. In their first participation, the Pachydermes hopes were eliminated in the quarter-finals by Nigeria.