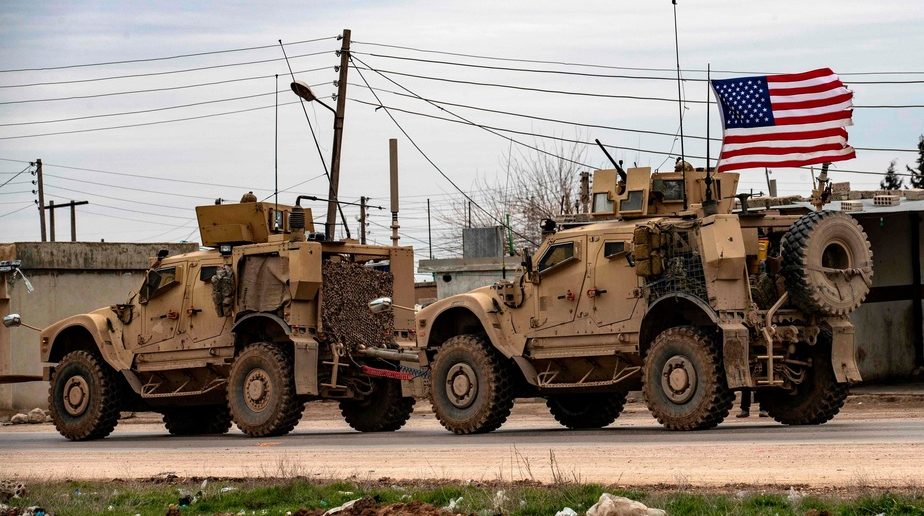 US Armed Forces Have No Legal Mandate To Stay In Syria, Russian Embassy Says

TASS /. The US armed forces have no legal mandate to stay in Syria, the Russian Embassy in Washington said on Twitter, responding to a tweet from official US military spokesperson Inherent Resolve Wayne Marotto.

Marotto wrote on Twitter earlier that “US forces are in northeastern Syria under international law – UN Security Council resolution 2254 was passed in December 2015”.

“It is a fact that the US armed forces have no legal mandate to stay in Syria. Your interpretation of UN Security Council Resolution 2254 is just ludicrous. Please read the document carefully. “the Russian embassy said, posting a link to the resolution.

The US-backed Syrian Kurdish Democratic Forces currently control most of the provinces of Al-Hasakah, Deir ez-Zor and Raqqa in eastern and northeastern Syria. The US military command has established nine military bases there, four of which are located near oil fields in Deir ez-Zor province and five others in the neighboring region of Al-Hasakah. At the end of 2019, then-US President Donald Trump approved a plan that called for several hundred US troops to remain in Syria, tasked with ensuring control of oil fields in the east and northeast of the country. . Damascus considers the US military presence in Syria to be an occupation because US troops entered Syria without an invitation from the government.