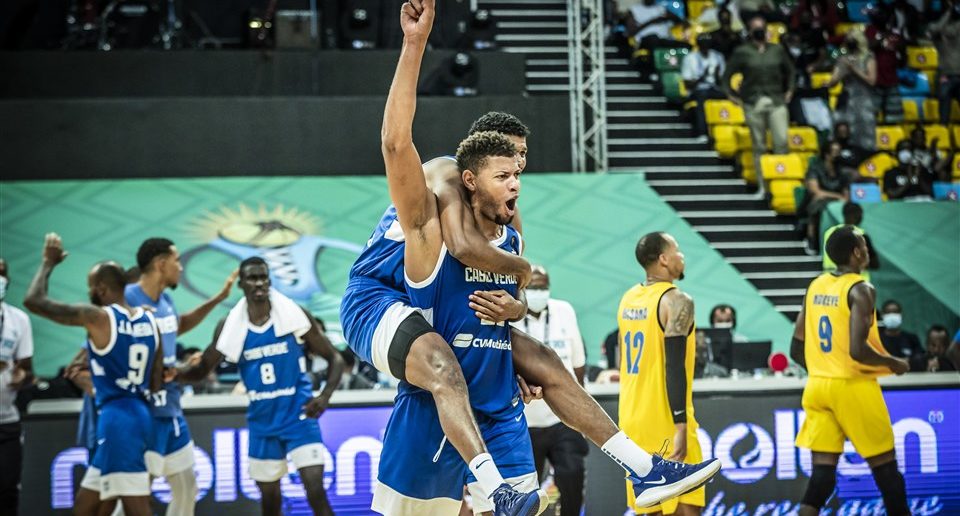 FIBA AfroBasket 2021: Cape Verde and Tunisia are the first to qualify for the quarter-finals

Cape Verde and Tunisia became the first teams to advance to the quarter-finals of FIBA ​​AfroBasket 2021 after finishing at the top of Groups A and B on Saturday.

The Islanders (2-1) thus reach the quarter-finals for the second time since 2007.

“IN A TOURNAMENT LIKE THIS, REST IS VERY IMPORTANT. THE ENTIRE TEAM IS HAPPY TO HAVE THREE DAYS WITHOUT A GAME BEFORE THEM. IT DOESN’T MATTER OUR QUARTER-FINAL OPPONENT.” – Walter Tavares

Rwandan Dieudonné Ndayisaba Ndizeye scored the first basket of the match – at three points – but Mendonca quickly responded by transforming 5 of his 6 long-distance tries to allow Cape Verde to take the lead at the end of the initial period ( 29-15).

The Cape Verdeans entered the final quarter with a 25-point lead (68-43), but the Rwandan fans at the Kigali Arena did not stop encouraging their favorite team, singing, dancing and supporting her until the end of the game.

The Rwandan selection responded to the calls of its public by sticking to the score (71-67) at 3:54 from the end.

Jean Jacques Nshobozwabyosenumukiza sounded the revolt for Rwanda with 11 points, 5 rebounds, 4 assists and 2 balls recovered, but the five three-point baskets scored by Mendonca at the start of the match constituted an ultimately insurmountable delay.

While Kenneth Gasana lacked skill (2-out-10 on shots, 6 points), it was Emile Galois Kazeneza and Alex Mpoyo who were the best Rwandan scorers with 18 and 13 points respectively.

Emanuel Trovoada, the man who guided Cape Verde to the 3rd step of the podium at FIBA ​​AfroBasket 2007, reminds that the road to another podium is still very long.

“We have overcome many obstacles to be present in this tournament. We had some problems getting the team ready, but our confidence and determination to improve day in and day out helped us get there today. »Says Trovoada.

He continues: “We arrived in Kigali in the shoes of challengers and we finally won our group. I told my players that if they wanted to be successful, you had to beat the hosts, who invested a lot to win this trophy at home. We are confident, but we will take the games one after the other. I’m sure other teams will be more wary of us now. ”

Walter Tavares finished the game with 14 points and 14 rebounds – his second double-double of the tournament. The 2.23m interior commented: “Rwanda have a really good team, they gave us a hard time.”

“We are really happy to have qualified for the quarter-finals. I would like to thank everyone who made this adventure in Rwanda possible. ”

Asked about the importance of winning Group A, the Real Madrid player replied: “In a tournament like this, rest is very important. The whole team is happy to have three days without a match ahead of them. It doesn’t matter who our opponent is in the quarter-finals. For now, we just want to regroup, study our opponents and prepare as best we can. ”

Second in their group, Rwanda will face Guinea, who finished 3rd in Group B, in the qualifying round for the quarter-finals.

In Group A, Angola, former multiple African champion, did not say its last word by winning against the Democratic Republic of Congo (73-58) to take 3rd place in the group. The Congolese, 4th, are eliminated from the competition.

In the final meeting of the day, defending champions Tunisia dominated the Central African Republic (CAR) 68-51 to take first place in the group with a record of 3-0.

With this success, Tunisia joined Cape Verde in the quarter-finals. The winners of Groups C and D will accompany them among the directly qualified countries.

CAR and the Democratic Republic of Congo have become the first two teams to experience elimination in this FIBA ​​AfroBasket 2021.