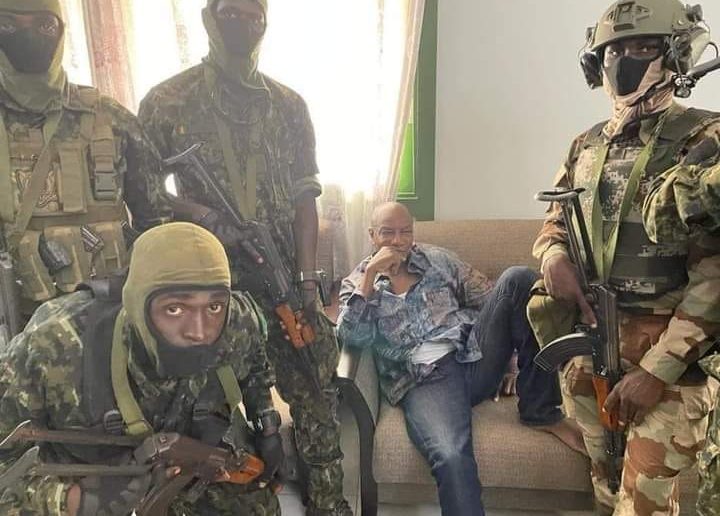 In Guinea, the Head of State Alpha Condé was overthrown yesterday by the military led by Colonel Mamady Doumbouya. New Africa joins diplomats stationed in Conakry and especially agents of the Guinean intelligence services to better understand the ease with which the Guinean soldiers succeeded in the famous coup d’etat.

Indeed, according to Guinean intelligence agents, France has proposed to President Alpha Condé the creation of a special force to fight against “supposed” terrorists in Guinea and to see West Africa in Africa. Faced with the Jihadist threat, Professor Alpha Condé accepted the French proposal, hence the creation of the Special Forces Group (GPS), led by Colonel Mamady Doumbouya.

Note that the Special Forces Group (GPS), holds very sophisticated weapons and moreover these receive “also” French instructors to complete the training of soldiers of the new Guinean elite unit, in order to cope. to the “alleged” Jihadist threat in Guinea.

During the collaboration between the French instructors and the elements of the Guinean special forces, the intelligence services of Guinea discovered the planned coup d’état against President Alpha Condé, hence the “attempt” to arrest Colonel Mamady Doumbouya.

In conclusion, on Sundays in Guinea, the security system around the presidential palace is very light, at times President Alpha Condé works alone or with his ministers, knowing it, the elements of the Special Forces Group (GPS), chose Sunday. September 5, 2021 to carry out the famous coup d’état against President Alpha Condé who was returning from Turkey, and Germany for medical treatment. President Alpha Condé is paying for his political mistakes and especially his great confidence in Colonel Mamady Doumbouya.

Colonel Mamady Doumbouya, a former French legionnaire and commander of the Special Forces Group (GPS), says he is holding Alpha Condé as a prisoner. The colonel announces the dissolution of the Constitution, institutions like the government, as well as the closure of borders. A video of Alpha Condé, prisoner of the GPS, is broadcast on social networks. He is placed under house arrest.