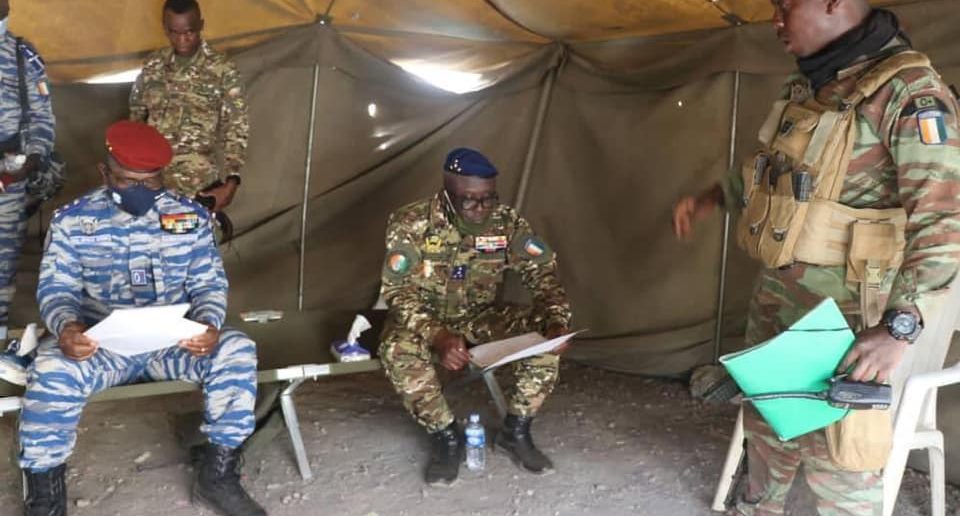 Recent crash of a MID- 24: the Chief of the General Staff of the Armies Lassina Doumbia give the reasons

During the night of Thursday 9 to Friday 10 September 2021, an Ivorian army MI-24 attack helicopter, on a reconnaissance mission on the northern border line, lost all contact with the control station. The searches carried out enabled the location of the crashed aircraft two kilometers north of the town of Togolokaye, in the department of Tehini, in the Republic of Côte d’Ivoire. The Chief of the General Staff of the Armies Lassina Doumbia gives the reasons via a press release. Below is the press release from the Ivorian army.

The first conclusions of the investigation carried out the day after the crash of an Ivorian Army helicopter, indicate that the crash occurred due to adverse weather conditions. The search revealed the remains of the members of the crew made up of three instructors of foreign nationality and two operators of Ivorian nationality. They also recovered one of the aircraft’s black boxes.

A military tribute will be paid to the Ivorian victims of this tragedy on Friday, September 24, 2021, in lieu of arms General de Corps Ouattara Thomas d´Aquin. As for the instructors of foreign nationality, a ceremony will be organized in their honor at the Abidjan air base before the repatriation of their bodies.

The Chief of the General Staff of the Armed Forces reiterates his condolences to the families of the missing.

Chief of the General Staff of the Armies.